The impact of digital disruption on people, culture and organisations

In this interview I catch up with Jeff to get his thoughts on the impact of digital disruption and why there needs to be a fundamental shift in approach to the ‘people’ element of organisations.

How is the digital disruption upsetting the current status quo in your opinion?

Jeff: First, let me dispel the mystique surrounding ‘digital transformation’ as that label somehow indicates that this is a technology-led change that all organisations are being pulled into either unwittingly or begrudgingly.

The notion of rapidly adapting to new business models to stay competitive is nothing new.

All this noise is simply about driving increased customer centricity and personalisation of the customer experience, and as you are doing so, gathering loads of fascinating patterns and predictions about how like-minded customers behave around and with your brand.

Additionally, it’s about doing the same thing with your employees; personalising their experience, empowering them to contribute across disciplines, hierarchies, departments and other traditional structures to innovate, iterate, share, collaborate and accelerate your organisation’s potential.

This is being done using incredibly nimble and inexpensive tech that we’ve never seen before (if you move quickly).

What’s the impact of this digital disruption?

Jeff: The results are exponential. Revenues and profits are flying, costs and risks are reducing, engagement from customers and employees is ramping fast, and the information you can access and cross-evaluate is unheard of.

Emerging technologies, buoyed by the strength of a fortified internet infrastructure, has given rise to powerful outsourcing tools that reside in ‘the cloud’ v having to be on premises.

Never before has the strength of these offerings been so powerful and so accessible – to both you, your competition, and far smaller start-up entrants looking to do what you do faster, better, cheaper and with far more satisfaction all around.

The core requirements for entering this previously elite club  – where access to millions of users with a significantly mature product capability – have suddenly shifted, allowing small groups of intelligent, persistent and tech-savvy innovators to compete with monolithic international brands like never before.

The cost of entry is far cheaper than ever before; no need to own heavy infrastructure, manage complex systems or pay thousands of people.  You need an idea, and algorithm, some very smart people who know how to manage outsourced resources, a dashboard to track progress or pain, and a very open mind such that you don’t miss lots of ‘pivot’ opportunities along the way and can take advantage of newly emerging information at speed.

It’s massively disruptive if you consider that 20th century organisations have tried to throw people, structure, outsourcing, and a very expensive pile of assets at growing market share.

It’s all about making crazy money, and treating people like commodities to achieve that goal.  That’s where it has all gone wrong, and this is the core of the disruption (dare I say ‘revolution’) that is taking place.

If it’s been a big problem and costs too much money, it’s sitting dead centre in someone’s disruptive rifle scope.  And it’s only a matter of time before they get a range and wind setting that will help them hit the target.

How is this revolution providing opportunity for well established organisations?

Jeff: In truth, what the current technology revolution (aka The 4th Industrial Revolution or 2nd Machine Age – whatever you wish to refer to it as), is providing are a multitude of platforms to allow organisations to re-examine their relationship to their customers, their employees, their purpose and the potential underlying information (data) they are sitting on.

They can unleash a new level of energy, enthusiasm and engagement that is exponentially more powerful and effective than previously assumed.

At the root of all this hype is the suggestion that 20th century organisational constructs are ill-equipped to unleash the full potential of people wanting to interact directly, naturally and with passion.

Is size and organisational maturity impacting speed of change for larger enterprises?

Jeff: Revenue attracted investors – who hungered for more money. Reaching for ever more growth meant rapidly, but poorly planned infrastructure built up quickly around every effort.

More people means more politics and power struggles.  Inevitable peaks and valleys means that the gate keepers and governance types had to step in to make sense of it all (and measure every step).

Too much success and associated bad behaviour brought regulation.  Management consultants came up with slick methods to ‘scale’ your efforts – which usually meant more hierarchy, budget and energy were spent watching the machine work.

Everything got expensive and Finance started suggested trimming back – sweating the assets and squeezing out more profit, as it were.  Stock exchanges and investors demanded more growth acceleration, more profits, less cost and inefficiency.  Now you’re in a muddle.

Internally, you’ve become deeply layered and silo’d between one another, which has led to politics, territoriality and a sense that no one employee can make a difference.

You now find yourself so burdened with infrastructure, cost and barriers to your own customers that you are incapable of engaging with any rate of speed, intelligence or innovation. So dump more into Marketing and lower prices!

On and on the cycle continued, until one day new layers of capability appeared seemingly out of nowhere (cloud-based tech tools and services).

CXO’s have become frustrated that they can’t respond to the digital disruption and affect change on a grand scale because their employees often don’t trust them, nor each other.

Have new entrants taken advantage of this situation?

Jeff: It turns out that the 20th century company has forgotten about the power and potential of people.

It has replaced an authentic engagement and dialogue with pandering lip-service about happy customers and engaged employees.

Clever upstarts saw how clunky various industries had become and went straight to customers and asked, “What if we gave you everything, but more directly? When you want it, how you want it, in whatever way you might like it?” They also said, “You will be happy playing with us, because you’ll be a part of this journey too!”

How is the relationship between people and how they want to engage with organisations changing?

But nobody wants to accept the status quo any more because they’ve seen how life can be; engaging with the likes of Apple, Virgin, Tesla, Google, Android, and boutique everything, personalised everything.

Why wouldn’t you want to simply extend your wonderful experience with one of these digitally clued up, forward thinking companies to every aspect of your life?

As employees, people are also seeking meaning and purpose in their lives. They spend 2/3rds of their lives at work (well then that’s one clear area that needs changing), and are fighting to become relevant, to be heard, to innovate and to see the impact they can have on their world.

They want to contribute to a process of co-creation and innovation such that they can experience their personal impact directly on systems (such as product or solution improvement), their fellow-employees, customers and larger world communities that were previously seen as too big for any one person to change.

So disruption starts with you, and your relationship to people.

That’s how simple it is, and this is where so many companies are failing to make a significant difference.

But there are ways forward and you wouldn’t believe how satisfying they are!

Keep an eye out for more advice, opinion and commentary from Jeff as he looks at the evolutionary role of HR and people within organisations in the wake of the digital era, and critically, what businesses can do to succeed and compete.

Issues with people, process and technology?

If you have a question or issue around people, management and leadership, Jeff would be happy to have a chat. You can contact Jeff via: 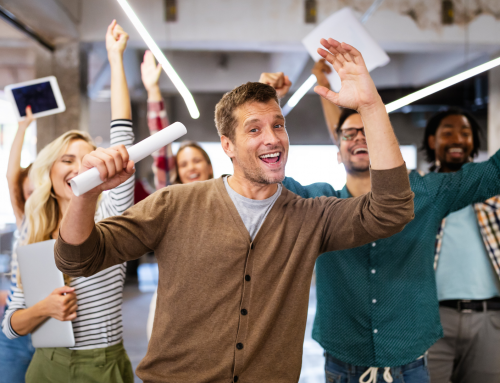 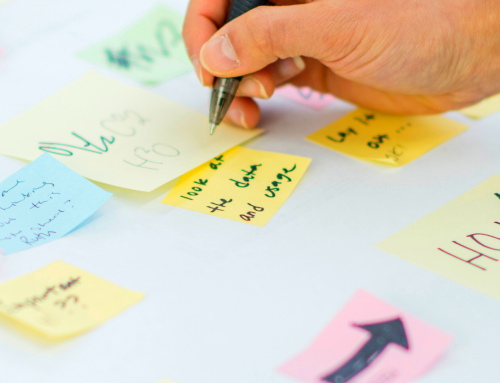 Operating Model Transformation: How to get started 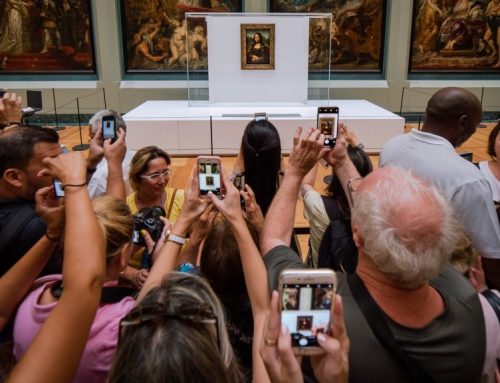 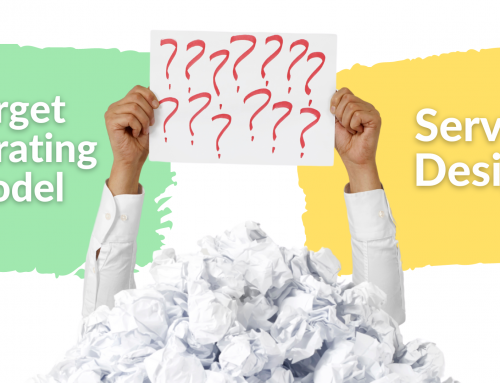 What’s next for our dying High Streets?